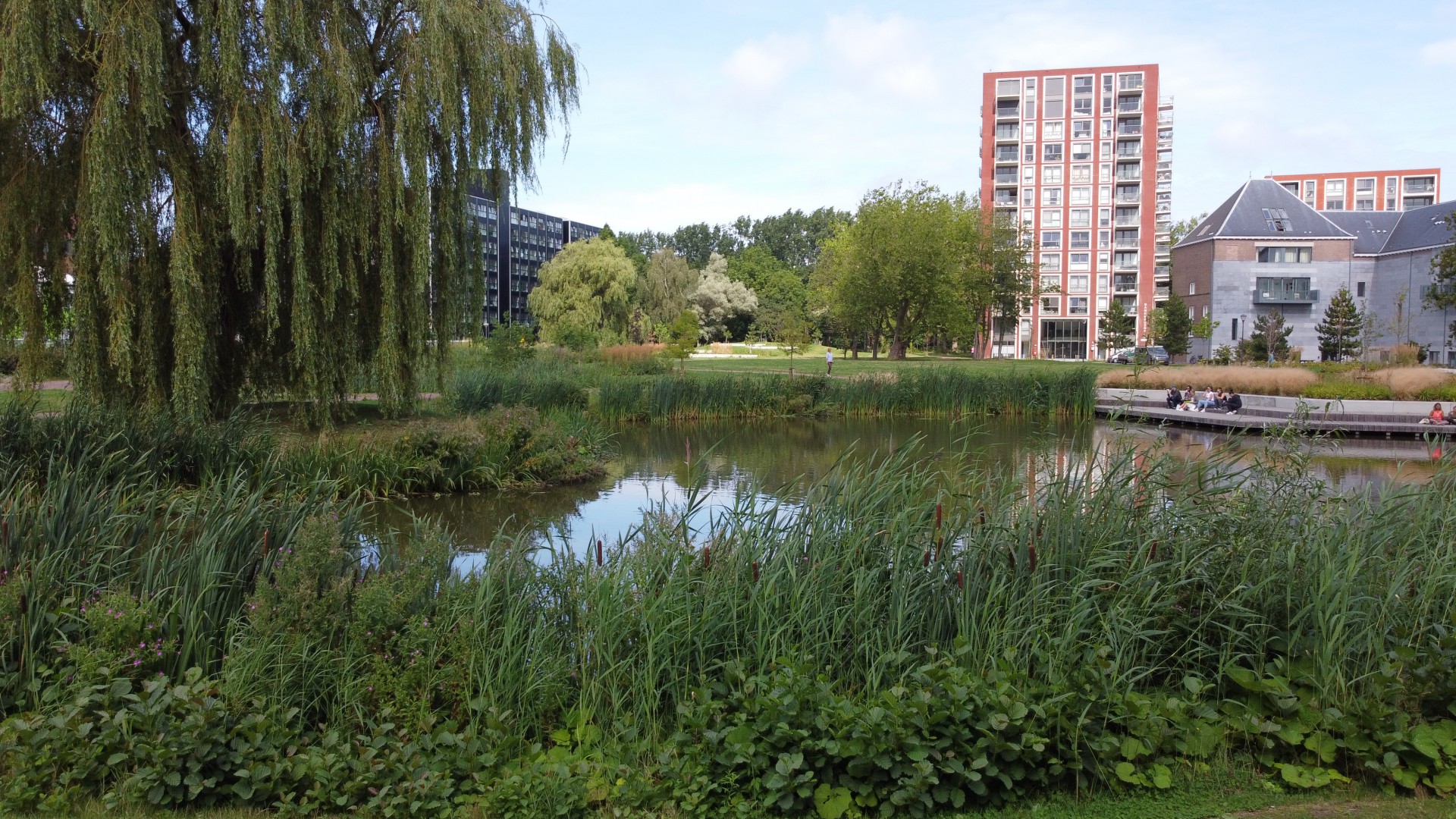 Climate-adaptive building means designing areas in a climate-proof way. This includes solutions that will prevent situations such as flooding, lowering of the water table or extreme drought. All these solutions are necessary given the local climate changes that we are likely to experience in the future.

From 2050, incidences of heavy rainfall in the Netherlands are likely to increase by around twenty per cent compared to 2021, and the rainfall will also increase in intensity. In addition,  there will be longer periods of extreme heat (see the website of the Royal Netherlands Meteorological Institute, KNMI for more information).

Until recently, the practice was to drain water as quickly as possible, in part via rainwater drains. But things are changing: new buildings are no longer permitted to drain rainwater into the sanitary sewer. Instead, a climate-adaptive area stores excess water so that it can be used later in a period of drought. This way, the area works as a kind of sponge. In line with this idea, climate-adaptive measures have been applied on the Leiden Bio Science Park, both below and above ground.

An incubator for innovation

There will be more permeable surfaces rather than hard surfaces (such as the bicycle storage or car parks). These kinds of surfaces have already been implemented in the Schilperoort Park, at the front, near to Baseclear and Sylvius, around the Van Steenis building and at the Sports and Examination Centre.

Next to the Nucleus building on the Sylviusweg is a bioswale. This is an infiltration facility that is filled with rainwater during rainfall. The water that falls on the roof of the building is also led to the bioswale through a pipe. The clean rainwater can slowly infiltrate into the soil and contribute to a healthy groundwater level, instead of being drained unnecessarily through the sewer. A nice side effect is that special vegetation quickly arises in these types of wet places.

A less eye-catching, but just as valuable bioswale is located under the terrace of BioPartner 5 in the Oegstgeester part of the Leiden Bio Science Park. By keeping the terrace open in some areas, the rainwater can flow into the bioswale.

Sustainability has many different facets. Here we explain the most important parts.

To make the Leiden Bio Science Park region future-proof for residents and established organizations, a sustainable park is of great importance. We explain how we achieve our goals on the basis of 7 themes.
About our approach